You are at: Planned Giving > For Advisors > Washington News 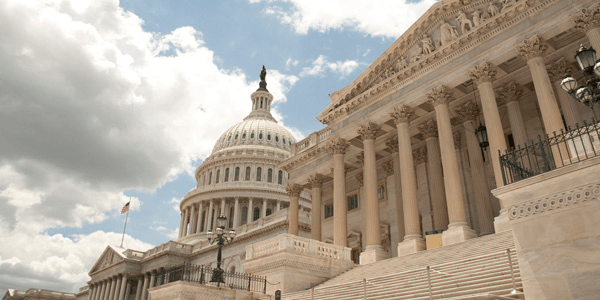 On July 31, 2019, National Taxpayer Advocate Nina Olson retired. She served taxpayers as their "voice at the IRS" since 2001.

The Taxpayer Advocate Service was created by Congress to give taxpayers an independent voice regarding IRS services. Olson conducted many studies and research projects designed to encourage the IRS to improve its assistance to taxpayers.

Many people both inside and outside the federal government praised Olson for her faithful and diligent efforts to improve the lives of U.S. taxpayers.

James R. White is the former director of tax issues at the Government Accountability Office. He noted, "Nina did an excellent job as Taxpayer Advocate precisely because she advocated for taxpayers. If she pushed some people too hard, I view that as doing her job."

Robert Kerr leads the National Association of Enrolled Agents. Kerr stated, "Many of us cannot remember having a tax administration conversation without consulting one of her annual reports. She has always had a seat at the table and has always had fully developed opinions on every issue under the sun."

Kathy Hettick was Chair of the IRS Advisory Council in 2016. Hettick noted, "She was instrumental in bringing taxpayer advocacy to the forefront." Hettick explained that Olson was effective because she was able to function in her taxpayer advocate role for 18 years.

Former IRS Commissioner Mark W. Everson echoed the praise of others. He noted, "The most difficult thing to discern in Washington is a person's true intentions. There were no doubts in her case. I came to appreciate over time that her advocacy gave taxpayers a certain confidence that the system was operating, overall, fairly, because you had a bulldog like her watching the system."

Editor's Note: The Taxpayer Advocate is effective only if he or she is able to influence Washington, Treasury and IRS officials. Olson clearly was successful in that effort and deserves appreciation from all American taxpayers.


Senators Steve Daines (R-MT) and Debbie Stabenow (D-MI) have introduced the Charitable Conservation Easement Program Integrity Act of 2019 (CCEPIA). Senate Bill 170 is designed to reduce the use of syndicated partnerships with inflated appraisals for conservation easements. These inflated charitable deductions flow through to the partners.

Daines and Stabenow requested a "scoring" of CCEPIA by the Joint Committee on Taxation (JCT). The principal feature of CCEPIA is to limit the charitable deduction of partners to 2.5 times their initial investment. This limitation is much less than the 4 to 12 times the initial investment that has been claimed for charitable deductions by limited partners.

The JCT indicated their bill would reduce excessive conservation easement valuations and could save $6.6 billion over ten years. However, exceptions in the bill would permit partners to take deductions after a two-year holding period.

The JCT explained, "For taxpayers unable to delay the realization of income, participation in a syndicated conservation easement transaction becomes a relatively less attractive tax-avoidance mechanism because of the new holding period requirement. However, for taxpayers able to delay income realization for the duration of the holding period, syndicated conservation easement transactions remain an attractive tax-avoidance mechanism under your proposal."

Editor's Note: The legislative process is designed to permit review of tax bills. Problems such as the ones listed by the JCT are likely to be addressed through amendments.


Following the release of the Treasury's final regulations on state and local tax (SALT) deductions, Senators from New York, New Jersey, Oregon, Illinois and other high-tax states introduced a Congressional Review Act (CRA) resolution of disapproval. This resolution states, "that Congress disapproves the rules submitted by the Internal Revenue Service, Department of the Treasury, relating to 'contributions in exchange for state or local tax credits' and such rule shall have no force or effect."

Several Senators strongly opposed the Treasury decision to use the SALT final regulations to essentially eliminate the state tax credit workarounds. Many states had created a charitable entity to receive gifts and created a 70% to 100% state credit against state income taxes. The purpose of the workaround was to convert the state and local tax deduction into a federal charitable deduction through state tax credits.

The final regulations explain that state credits over 15% constitute a "quid pro quo" gift and thus reduce the federal charitable deduction by the value of the state tax credit. This action by the Treasury effectively limits the SALT deduction to $10,000 for all states and makes the workaround less attractive.

Senate Minority Leader Chuck Schumer (D-NY) stated, "These new IRS regulations are another kick in the gut to homeowners in New York State and across the country. The IRS is seeking to deny hardworking homeowners the benefit of the full SALT deduction while continuing their tax giveaway to the wealthiest few and corporations."

Senator Bob Menendez (D-NJ) noted the "tax law was a massive hit job on middle class taxpayers in New Jersey and other economic powerhouse states where the cost of living is high, and we are going to keep fighting with every tool we've got. This CRA will reverse the flawed guidance issue by the IRS last month, which crippled state level efforts to protect middle-class families from even higher property tax burdens."

Senator Kirsten Gillibrand (D-NY) continued, "This is a blatant attack on New Yorkers. I am proud to introduce this CRA resolution of disapproval which would restore our state's ability to work around the Trump Administration's harmful rules and help ensure New York homeowners who have played by the rules are not punished."


The IRS has announced the Applicable Federal Rate (AFR) for August of 2019. The AFR under Section 7520 for the month of August is 2.2%. The rates for July of 2.6% or June of 2.8% also may be used. The highest AFR is beneficial for charitable deductions of remainder interests. The lowest AFR is best for lead trusts and life estate reserved agreements. With a gift annuity, if the annuitant desires greater tax-free payments the lowest AFR is preferable. During 2019, pooled income funds in existence less than three tax years must use a 2.2% deemed rate of return.